Back in October 2014, Book Group - a local Edinburgh band - presented the opportunity to create my first pop video for their single 'Here is to near', taken from the EP 'Tantrums'. A limited budget and time restraints pointed towards a simple concept of using portraits that could then be manipulated using Adobe After Effects (AE) in postproduction. Fortunately Robb Mcrae was on hand to provide the filming of the band's beautiful bonces. 3 hours of footage later and it was a wrap. I am no AE guru so had to keep it simple, even that was a learning curve, however the end result is an interesting visual piece that the band were very happy with. 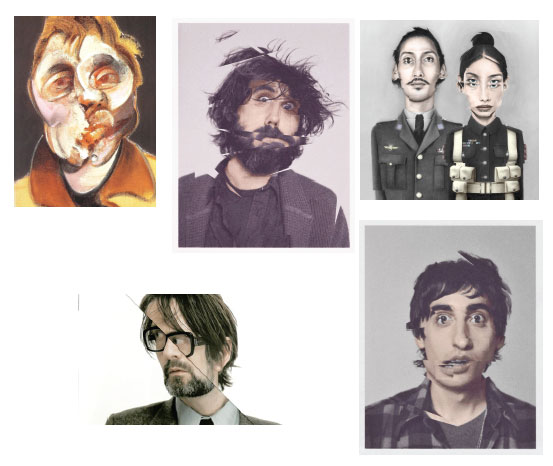 Inspiration was taken from various places primarily the artwork of local artist Russell Ian Dempster, Francis Bacon and this cracking video for the song 'Further Complications' by Jarvis Cocker. The jutter effect is a simple bit of coding within AE that ties scale and blur to the beat and volume of the music. It was a great project and it would be great to work on other pop vids in the future.